For my Ted Scripps Fellowship in Environmental Journalism, I’m focusing on projects related to sustainable farming. I’ll be writing several articles on this subject over the course of the next nine months, and have begun with one for Earth Island Journal on how cities facilitate or impede urban farming. Here’s an excerpt: 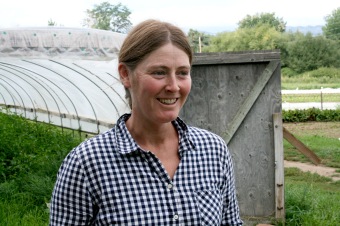 Across the US, Cities Struggle to Figure Out How to Accommodate Urban Farming

Sacramento has worked diligently over the past two years to brand itself as America’s farm-to-fork capital, hosting local food festivals, wine tastings, and gala dinners featuring the city’s premier chefs. Tickets for this year’s dinner, at $175 dollars each, sold out in five minutes. The Sacramento Convention and Visitors Bureau has even organized a cattle drive and tractor parade through downtown.

Sure, nearly 1.4 million acres of farmland exist around the city, which is located in California’s vast and fertile Central Valley region, and the climate is amenable to growing produce year-round (drought complications notwithstanding). But there are no urban farms in Sacramento. The closest and most prominent urban farm, the 55-acre Soil Born Farms, exists outside the city limits.