Farming Could Save Veterans, and Vice Versa

Here is the second article in my series on alternative farming and food systems. My first article was on the challenges of urban farming for Earth Island Journal. This time I focus on military veterans and farming for Newsweek. Here’s an excerpt:

Evan Premer, an Army National Guard veteran, grows food in a greenhouse for his business, Dirtless Farm, in Colorado. Becoming a farmer has helped Premer manage his PTSD. (Photo by Cole Allen).

Farmers Could Save Veterans, and Vice Versa

Mornings are the hardest for Evan Premer, although nights aren’t much easier. His sleep, wracked with nightmares of war and violence, has no consistent pattern, so he often wakes up feeling tired and overwhelmed. But he does have a game plan for feeling better: Once he rises from bed, he hits the road, turning up the music in his Jeep on his drive to a greenhouse in the small town of Firestone, Colorado. Here he feels more relaxed, listening as water hydrates his plants. There are no cubicle walls or phones ringing or colleagues arguing. This is the office that works for him.

Premer, who is now 36, served 15 years in the military, most recently as a Colorado Army National Guardsman in Iraq. In basic training, he and his fellow soldiers were taught to only show strength. “You never let the enemy see your weaknesses,” he says. “And that’s why I’m so broken today.” When Premer returned from the Middle East in 2007, he studied photography in college for a while. But the strobes and flashing lights he had to use triggered bad memories of his time in war, so he gave it up. 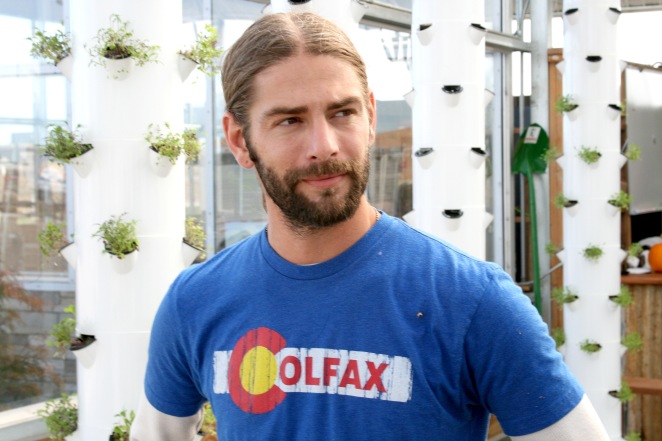 Richard Murphy is program manager of Veterans to Farmers in Colorado. (Photo by Cole Allen).

Premer manages his post-traumatic stress disorder by growing food. About two years ago, he and his mother started a business, now called Dirtless Farm, growing microgreens, baby greens and culinary herbs for local restaurants. Premer had previously trained at Circle Fresh Farms in Denver, which is run by an ex-Marine, Buck Adams, who also founded the nonprofit Veterans to Farmers. At Circle Fresh, Premer learned about aeroponic production, a space-saving system where vegetables are grown out of vertical towers year-round, with no soil and little water. He can grow all sorts of produce, from vine plants like tomatoes, strawberries and eggplants to leafy greens and herbs.

He might also help save American farming. The average U.S. farmer or rancher is 58 years old, and many of them will soon retire. Most of these farmers don’t have a succession plan for their business or land, and that lack of planning makes farmland more vulnerable to development, and small-scale family farms easier for corporations to gobble up. That’s why the U.S. Department of Agriculture (USDA) is calling for at least 100,000 new farmers in the coming years.

One thought on “Farming Could Save Veterans, and Vice Versa”